The San Diego Branch of the National Association for the Advancement of Colored People has yet to receive a formal complaint about the March 9th traffic stop on Park Avenue where allegations have been made that an officer pointed his gun at an 8-year-old youth.

We have, however, reviewed the bodycam video.  We share the concern of citizens and elected officials regarding this stop.  We have been in contact with the San Diego Police Department, and we will be inquiring about trauma resources that the youth may be able to access; we were pleased that a PERT clinician did arrive on-scene. 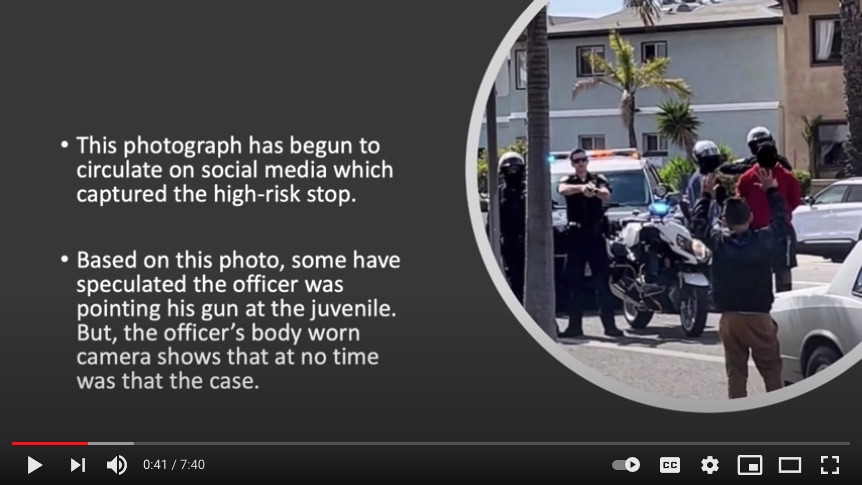 Certainly in this photo the officer looks like his weapon is pointed at the youth, whose hands are in the air.  Here is a still from the video they say shows that “at no time” was the weapon pointed at the 8-year-old: 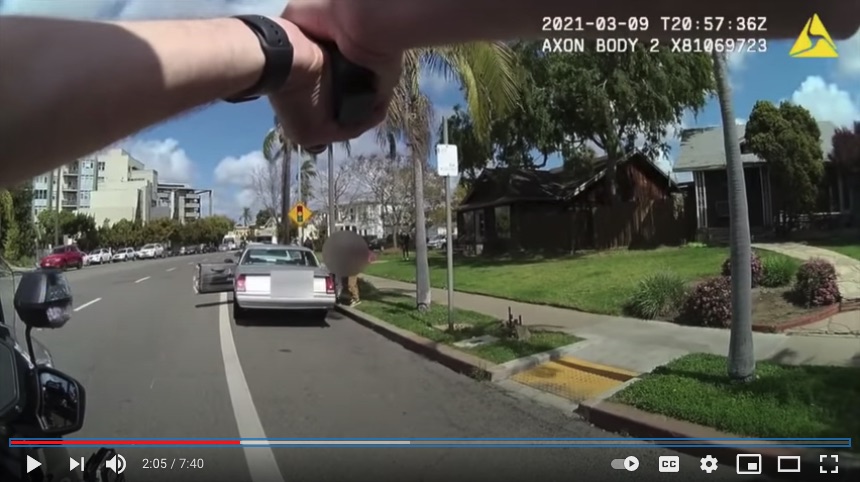 We do not think this video shows definitively that the weapon was not pointed at the youth.  We don’t think any parent would consider their child was safe with a weapon aimed as the one above was. 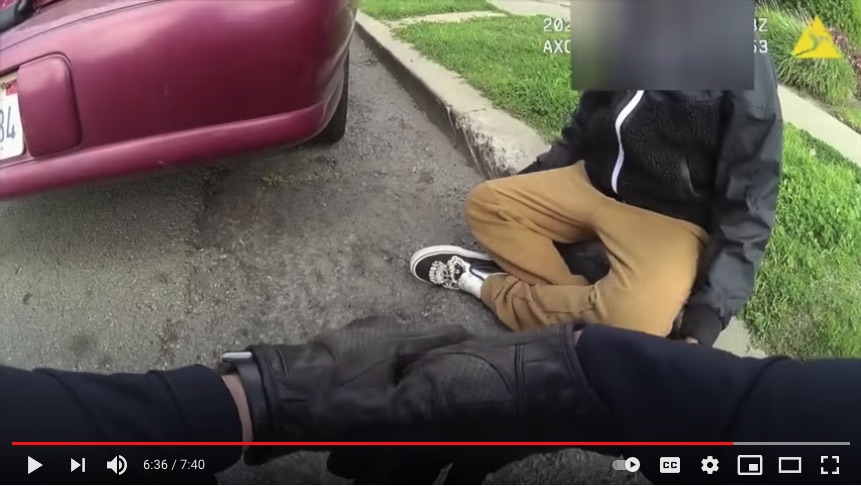 Community members have objected over and over again to the use of curbing.  In its response to a Citizen’s Advisory Board objection to the practice, the SDPD said this:

Department Procedure 4.01, related to curbing, was recently updated on September 16, 2019 to educate officers that community members find this tactic disrespectful and the technique is only appropriate where officer safety is threatened.

After careful review, do advise us on how the officer’s safety was threatened and by whom? Especially after he father was already restrained before the young child exited the vehicle with a gun pointed at him and was curbed.

The overwhelming passage of Measure B by the citizens of San Diego means the time for change is now.  We call on the City Council to call extra sessions or take whatever other steps necessary to get the new Commission for Police Practices up and running as soon as possible. We need to start repairing the trust between the residents of San Diego and the Police Department as soon as possible.